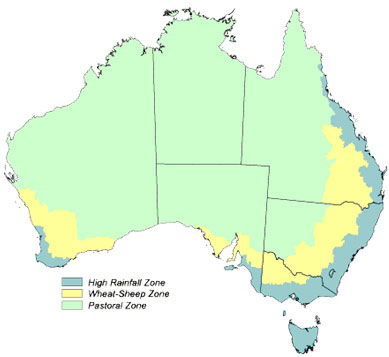 A majority (97 percent) of Australian farms remain family-owned, either through sole proprietorships, partnerships, or private companies, with the remainder either being vertically integrated with supply chain operations or else owned by non-farm equity investors (Malcolm, 2011). Foreigners own 11 percent of Australian farmland, mostly from the UK and North America, with Chinese companies owning less than 1 percent (KPMG, 2013).

Farm ownership transition and farm management/operating transition is on the verge of a monumental shift. The decrease in farm numbers and increase in farm size still does not equate to a profitable farming operation, our ageing demographics and tight cost-price squeeze has led to innovative ownership and business structures to be adopted.
Alternative land tenure occupancy practises are being implemented to create win-win situation for both landholder and land manager/operator. These include lease, sharefarming, profit sharing lease, joint ventures, farm syndicates, joint ventures and equity partnerships. All have opportunity of long term relationships which meet the needs of both parties, whilst maintain a sustainable landscape.